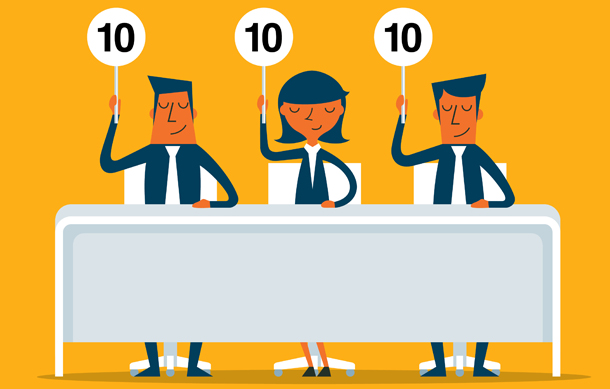 How to conduct a structured interview?

In the mid-50s, when Israel was still an infant state, a 21-year-old bright student of psychology was assigned to set up an interview system for the entire army! The student, unknowingly opened doors for other researchers to find the most effective way of interviewing and making interviews a leading indicator of a candidate’s success. The young student was Nobel laureate Daniel Kahneman and the method is the structured interview process.

The simple goal of the interview process was to assign each candidate a score on general fitness for combat and to find the best match for his personality among various branches. The problem was that interview scores showed almost no correlation with the future success of the soldier and this is what he had to solve! Being a follower of Paul Meehl, Kahneman believed that simple linear statistical rules are more accurate than human “intuition”. He went ahead and tested it. The interviewers were supposed to rate the candidates on several independent personality traits and score each separately. The final score would be computed using a standard linear equation. Kahneman faced a lot of pushback on this, taking the human element out of the interview process. Kahneman finally conceded that at the end of the interview, interviewers could “close their eyes, try to imagine the recruit as a soldier, and assign a score from 1 to 5”.

A few hundred interviews later, the correlation between interview performance and performance as a soldier improved significantly from “completely useless” to “moderately useful.”

Kahneman inadvertently opened the door to a large body of research and paved the way for actually figuring out how to make interviews leading indicators of a candidate’s success on the job. What’s worse is, as we later found out that interviews actually end up compromising the recruitment process, undermining the more useful methods of assessing candidates.

What’s wrong with the way we do interviews?

Quite predictably, interviews are the worst predictors of success on the job. Most interviews are completely useless and have been documented and validated by research multiple times. However, interviews serve a very critical filter. That of human interaction. The decision of hire or no hire is too critical to be left to algorithms(at least for now) and they are an important cultural fit filter.

Evaluating someone in a 60-minute interview is an impossible task. So, interviewers when asked “Do you think this candidate is fit for the job?” replace the questions with “How much do I like this candidate?”. It’s a fairly normal psychological process where our brains substitute a hard question with an easier one and answer that one.

We are also naturally biased to see “likeness”. Interviewers end up preferring people who are “like” them. This is hugely problematic for everyone. Instead of creating a diverse and best at their job team, you end up building a team of homogeneous people “alike one another”.

The most reliable predictors of success

Past performance and the candidate’s score on a take-home test or a trial project are the best predictors of a candidate’s success at the job. Both of these evaluations don’t involve much human “intuition” to come into the picture.

Human judgment, while weak, is not completely useless. It is probably the most critical filter where you find the candidate’s cultural fit and answer “whether is this the kind of person who can fit well in the team or not.”

Your recruitment process is as good as the worst interviewer you have. So you need a nudge for the interviewers to think objectively and become better interviewers. A structured interview is a process to nudge interviewers toward taking more objective decisions and probably the best way we have found to eliminate the substitution of a hard question for an easy one.

How to do structured interviews?

In the age of data, it is surprising how little data we have generated around recruitment. The dearth of data does not allow leaders to accurately measure what’s working and what’s not working with recruitment and you can’t improve what you can’t measure. The structured interview is your first step towards bringing measurement to the otherwise black box of the interview process and making your recruitment process data-driven.

Use Recruiterflow to structure your interview process.
Get Started for Free.

New Features and What are We Cooking Right Now!

How to Write a Recruiting Email That Actually Works